Now that it has a paid subscription option like Spotify and more recent entrants like Apple Music and TIDAL do, it’s logical to assume YouTube will begin to generate more revenue for the music industry, based on the charts and figures cited above. YouTube’s chief business officer believes so, too; in an interview with the Financial Times, Robert Kyncl mentions YouTube Red as a new source of revenue for disgruntled rights holders who feel like they haven’t received a fair shake.

But in talking to individuals inside the music industry, including those who work on behalf of major labels and independents alike, their outlook for YouTube Red is far less optimistic.

Blockai is supposed to help photographers and artists defend their intellectual property. Now it’s launching a new feature to make that process easier — or at least better-integrated with Twitter.

Previously, Blockai users would go to the startup’s website to upload their work, creating a record in a public database (namely, the blockchain) stating that they’re the creator. However, CEO Nathan Lands said, “We don’t imagine artists are sitting on Blockai all day,” so it’s also trying to integrate with other tools, starting with Twitter. 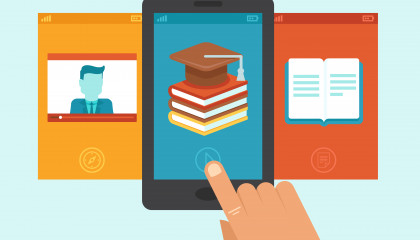 After nearly 50 years of promoting and selling ISBNs and prefixes to publishers in the UK & Ireland via a manual process, Nielsen has launched an online store that enables publishers and self-published authors to go to one site and purchase ISBNs, Book2Look widgets and a subscription to their BookData Enhanced service, enabling publishers to enrich their title records.

Publishers and self-published authors can purchase these services 24/7 enabling them to work and shop at their convenience. The Nielsen ISBN Agency for UK & Ireland still offers publishers the opportunity to talk to an adviser.

Sydney startup Veredictum has launched a blockchain-based manuscript protection platform, aiming to shield creatives from having their ideas stolen before they sign on the dotted line.

Tim Lea, CEO of Veredictum, set out to create a script distribution model utilising a technology that he claims has not been used in the space previously. When designing the platform, Lea was eager to utilise blockchain technology, noting the industry has pockets of problems that blockchain presents the right solution to.

David Emery, VP Global Marketing Strategy, Kobalt Label Services, told MBW that the format would give Kobalt and Gray the opportunity to keep the artist’s 850,000-plus monthly listeners on Spotify engaged.

“We didn’t just want to make a static playlist – Kobalt has the technology to create something special that changes and adapts with David Gray as an artist,” he said. “We have noticed that the tracks that are most popular for [David Gray] change over time on Spotify, and a lot of that is driven by playlists.

Pandora Media Inc. is aiming to start expanding its internet-radio service as soon as next month, offering its hallmark free tier as well as two new monthly subscription options that will mark its foray into on-demand music streaming, said people familiar with the matter.

Pandora is close to inking deals with major record companies that will allow it to do so both in the U.S. and in new overseas markets, though the agreements haven’t been finalized, these people said.

Stefan Thomas, who introduced millions of people to bitcoin, has had a change of heart.

Blockchain, the ledger software that makes the digital currency possible, is too rigid to gain wide adoption, he wrote in an essay titled “The Subtle Tyranny of Blockchain.” The technology’s backers think it can revolutionize a wide range of industries including finance, international trade and health care. But tweaking the software — as will inevitably be necessary as pioneers bring it to new areas — requires consensus from a huge collection of software developers and so-called miners who make up the bitcoin network.

Source: Man Who Introduced Millions to Bitcoin Says Blockchain Is a Bust – Bloomberg

ASCAP and BMI have become unlikely bedfellows in an effort to unhinge the Department of Justice’s recent decision that the 75-year-old consent decrees governing the performance rights organizations (PRO) should remain untouched. As Inside Radio has reported, a two-year DOJ review had the prospect of shaking the foundation of radio’s biggest royalty arrangements with the music industry.

But on Monday, top ASCAP and BMI execs held a private meeting for Nashville’s songwriting and publishing community in what newspaper The Tennessean deems “a historic show of solidarity by the two competitors.” ASCAP CEO Elizabeth Matthews and BMI CEO Michael O’Neill presented a plan of action in what will likely be “a protracted battle with the DOJ.”

Today, we have word from the company’s offices in Toronto that a new availability is being rolled out for authors: Wattpad Futures gives the platform’s more-than 2.3 million writers a chance to earn income in-story.

“In-story ads are placed strategically in chapter breaks of some of the most popular stories on the platform,” according to a prepared statement from the company, “to optimize reader engagement and meet advertiser’s brand objectives including views, clicks, awareness, and favorability.”