RightsTech companies have raised nearly $95 million in direct investment so far in 2017, according to data compiled by the RightsTech Project, kicked off by Dubset Media’s $4 million Series A round in February.

That figure does not include outright acquisitions, such as Blackstone Capital’s acquisition of performance rights organization SESAC in January, which included the rights management technology platform Rumblefish along with the Harry Fox Agency.

The bulk of the rights-tech investments this year is accounted for by Kobalt Music’s $75 million Series D raise in May, led by Hearst Entertainment, bringing its total capitalization to more than $100 million to date. As with Blackstone’s acquisition of SESAC, much of the investment in Kobalt is premised on the perceived asset value of the rights it controls. But part of the valuation reflects Kobalt’s ability to monetize those rights using its technology platform.

Growing investor interest in the direct monetization of rights is also reflected in Royalty Exchange’s $6.4 million convertible note offering, which more than doubled the company’s original target of $3 million. Denver-based Royalty Exchange allows artists to offer interest in their future royalty stream to investors through the sale of royalty-backed assets.

Other notable raises this year include blockchain-based rights registry Binded (formerly Blockai), which raised $950,000 in June, bringing its total to date to $1.5 million, and music rights payment platform Stem, which raised $8 million.

Music remix-rights clearance startup Dubset Media on Monday announced a $4 million Series A fundraising round as it prepares to scale up its platform to address the growing number of licensed streaming and download services looking to include DJ mixes and remixes in their catalogs.

Last year Dubset struck deals with Apple Music and Spotify to add fully cleared DJ sets to those services and plans to announce deals with additional outlets at next month’s SXSW festival, according to the company.

“We’ve delivered thousands of mixes so far and we plan to ramp that up to millions and tens of millions,” Dubset CEO Stephen White told the RightsTech blog.

Dubset’s proprietary MixBANK technology identifies individual tracks within DJ mixes and then links that information with a clearance and payment platform that allows the original rights owners to get paid when those mixes are sold or streamed.

The round was led by venture firm Cue Ball Capital but also included strategic investments from MediaNet and its parent company SOCAN, which currently provide Dubset with rights data and payment infrastructure.

“We’re is excited to be a part of Dubset’s Series A funding,” MediaNet CEO Frank Johnson said in an emailed statement. “We believe MIXBank technology and the services it enables will revolutionize the way electronic music royalties are paid, and will ensure that everyone in the copyright ownership stack is paid for use in emergent listening formats like DJ mixes.”

The raise comes on the heels of private-equity firm Blackstone Group’s acquisition of performing-rights organization SESAC in January for a reported $1 billion, and adds to a growing list of recent VC and private equity investment in rights-tech startups.

The key to opening that spigot, according to White, was to broaden the conversation with potential investors to focus on rights management and clearances generally rather than keeping the focus on the music industry.

“When we started out we were very focused on music and on being a music play. That turned out to be very challenging from a fund-raising perspective,” White said. “VC’s hear ‘music’ and doors just close. They don’t want to hear about it. It was very important for us to shift our story to talk about rights management and rights clearances and not focus on music.”

Investor skepticism toward the music business stems from the industry’s well-documented difficulties in transitioning to digital platforms and the relatively poor track record that venture-backed music-tech startups have racked up over the years — a perception that persists, according to White, despite signs of renewed growth in the recorded music business in the past year.

“There’s still a big overhang in the investment community,” regarding music White said. “Most of the investment you see is in the rights management space and in acquiring catalogs” of rights. “It’s easier to understand, and the revenue is more predictable.”

Johnson added, “We believe that the future of music licensing and royalty administration will be found in strategic partnerships like the one between MediaNet and Dubset, where a combination of investment in exciting new technology combined with long-standing relationships with labels, publishers, rights societies, and artists unlocks new revenue channels for large and small rights holders around the world.”

Dubset Media announced today that it has reached an agreement with Spotify to use its MixBANK distribution platform. The deal makes it possible for DJs to upload and legally stream their mixes and single track remixes.  In addition, the new agreement is expected to enable Spotify listeners to stream radio shows and other user generated mixes that have not been previously legally available to music fans.

The announcement was made today at the International Music Summit in Ibiza, Spain. 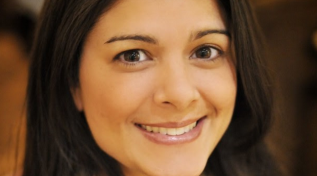 endent publisher and songwriter members of the National Music Publishers’ Association can now sign up to be paid royalties each time their compositions are used in mix content that’s distributed to digital music services by Dubset. The new deal is the result of a rights agreement between Dubset Media Holdings and the NMPA.

NMPA members who opt-in to the agreement will have access to Dubset’s MixBANK platform where they can set terms and rules around how and where their catalogue may be used in mix content.

Apple Music this week tapped rights-tech developer Dubset Media to manage clearances and royalty payments for DJ mixes and other mashups, opening the way for thousands of hours of user-generated content to be made available legally on the streaming service.

The deal, which relies on Dubset’s proprietary technology for identifying the individual tracks used in extended mixes and making payments to the appropriate rights owners, marks a milestone for electronic dance music (EDM) and other types of derivative work, such as DJ mixes and remixes, which have become hugely popular with music fans but until now have largely been kept off the major streaming services due to the difficulty and complexity of clearing the rights for the dozens of tracks they typically include.

Instead, most EDM and DJ mixes wound up on platforms like SoundCloud, which until recently had no licensing deals in place with music labels or publishers, or on underground streaming services that are less particular about copyrights.

“Our genre has grown hand in hand with the rapid growth of streaming and digital services yet, despite billions of online plays, most of our creators and rights-holders earn very little for their efforts compared to their ‘pop’ peers,” Association of Electronic Music CEO Mark Lawrence told Music Business Worldwide in response to the Dubset announcement. “This is the first move to correct the imbalance.”

END_OF_DOCUMENT_TOKEN_TO_BE_REPLACED

Dubset Media Holdings has announced a partnership that will allow Apple Music to stream remixes and DJ mixes that had previous been absent from licensed services due to copyright issues.

Thousands upon thousands cool mash-ups and hour-long mixes have effectively been pulled out of the underground and placed onto the world’s second-largest music subscription service. Dubset is a digital distributor that delivers content to digital music services. But unlike other digital distributors, Dubset will use a proprietary technology called MixBank to analyze a remix or long-form DJ mix file, identify recordings inside the file, and properly pay both record labels and music publishers.

Meta, Microsoft and Other Tech Giants Say They Want an Open Metaverse—Should We Believe Them?  https://rightstech.com/2022/06/meta-microsoft-and-other-tech-giants-say-they-want-an-open-metaverse-should-we-believe-them/

Should You Copyright Your NFTs? https://rightstech.com/2022/06/should-you-copyright-your-nfts/