Music remix-rights clearance startup Dubset Media on Monday announced a $4 million Series A fundraising round as it prepares to scale up its platform to address the growing number of licensed streaming and download services looking to include DJ mixes and remixes in their catalogs.

Last year Dubset struck deals with Apple Music and Spotify to add fully cleared DJ sets to those services and plans to announce deals with additional outlets at next month’s SXSW festival, according to the company. 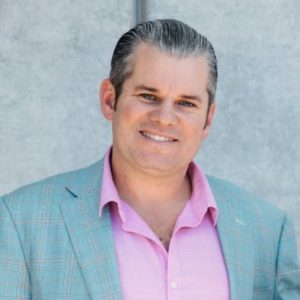 “We’ve delivered thousands of mixes so far and we plan to ramp that up to millions and tens of millions,” Dubset CEO Stephen White told the RightsTech blog.

Dubset’s proprietary MixBANK technology identifies individual tracks within DJ mixes and then links that information with a clearance and payment platform that allows the original rights owners to get paid when those mixes are sold or streamed.

The round was led by venture firm Cue Ball Capital but also included strategic investments from MediaNet and its parent company SOCAN, which currently provide Dubset with rights data and payment infrastructure.

“We’re is excited to be a part of Dubset’s Series A funding,” MediaNet CEO Frank Johnson said in an emailed statement. “We believe MIXBank technology and the services it enables will revolutionize the way electronic music royalties are paid, and will ensure that everyone in the copyright ownership stack is paid for use in emergent listening formats like DJ mixes.”

The raise comes on the heels of private-equity firm Blackstone Group’s acquisition of performing-rights organization SESAC in January for a reported $1 billion, and adds to a growing list of recent VC and private equity investment in rights-tech startups.

The key to opening that spigot, according to White, was to broaden the conversation with potential investors to focus on rights management and clearances generally rather than keeping the focus on the music industry.

“When we started out we were very focused on music and on being a music play. That turned out to be very challenging from a fund-raising perspective,” White said. “VC’s hear ‘music’ and doors just close. They don’t want to hear about it. It was very important for us to shift our story to talk about rights management and rights clearances and not focus on music.”

Investor skepticism toward the music business stems from the industry’s well-documented difficulties in transitioning to digital platforms and the relatively poor track record that venture-backed music-tech startups have racked up over the years — a perception that persists, according to White, despite signs of renewed growth in the recorded music business in the past year.

“There’s still a big overhang in the investment community,” regarding music White said. “Most of the investment you see is in the rights management space and in acquiring catalogs” of rights. “It’s easier to understand, and the revenue is more predictable.”

Johnson added, “We believe that the future of music licensing and royalty administration will be found in strategic partnerships like the one between MediaNet and Dubset, where a combination of investment in exciting new technology combined with long-standing relationships with labels, publishers, rights societies, and artists unlocks new revenue channels for large and small rights holders around the world.”