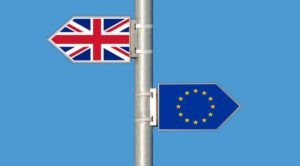 Following last year’s success in modernising copyright laws for the digital age, the government has made clear it has no plans to implement the Copyright Directive in light of the UK’s withdrawal from the EU on 31 January. MP Chris Skidmore, confirmed that any changes to the UK’s copyright framework would fall under the domestic policy process.

Inside the conference rooms the conversation was dominated by — what else? — the television industry’s migration to streaming and on-demand platforms. While the stars worked to ingratiate themselves at the retail level of broadcast TV — local stations — executives pondered how the business of making, selling and distributing content is likely to evolve.

The Dugan drama has been a controversial and unsavoury curtain-raiser for the 62nd Annual Grammys, understandably attracting the ink of US entertainment staples from the Hollywood Reporter to the L.A Times, Page Six and Deadline. As such, it has rather drowned out any other industry conversations related to the Grammys – including that regarding the relevance of the show, versus the annual expense ‘Grammy Week’ incurs for the record industry.

Source: The Grammys fallout gets more shocking every day – but how relevant is the show to the modern record business?

Reports in the last 10 days from Sölve Dahlgren at Swedish book industry publication Boktugg were among the first indications that Penguin Random House was making widespread changes in its participation in subscription services. On January 13, Dahlgren reported that more than 1,000 English-language PRH titles had disappeared from audiobook subscription services including Storytel, Bonnier’s Bookbeat, and Nextory.

ByteDance-owned video sharing app TikTok has inked a multi-territory licensing deal with Merlin, the global digital rights agency for the world’s independent label sector. Today’s news comes as TikTok is also understood to be in the middle of licensing negotiations with the majors.

The streaming service has accepted nonprofessional and sometimes questionable content to build a video library that in Amazon’s style can dominate the competition through sheer volume. An Amazon spokeswoman says the company has sought a broad selection of content, including videos from award winners and independent producers.

The novel’s copyright is set to expire at the end of 2020, meaning that anyone will be allowed to publish the book, adapt it to a movie, make it into an opera or stage a Broadway musical. No longer will you need to permission to write a sequel, a prequel, a Jay Gatsby detective novel or a Gatsby narrative populated with Zombies.

Source: Everyone invited: `Great Gatsby’ copyright to end in 2021

Amazon has announced a big milestone for its music-streaming business: more than 55 million users across all the tiers of its offering. In an accompanying interview with the Financial Times, music boss Steve Boom stressed that “nearly all” of the 55 million users are paying for a subscription, with only a small minority on the free, ad-supported tier that Amazon launched in the US last year.