An artistic project has launched a crowdfunding program to highlight the perceived negative influence of blockchain technology on art.

The project, based in the UK, aims to print an illustrated book titled: Artists Re:Thinking the Blockchain to explore the effects of this new technology on the artistic fields. The funding will also go towards hosting a public discourse program in London. The project underscores some artists’ uneasiness at the thought of this new technology being introduced into the world of art.

Source: Blockchain: Good or Bad for Art and Artists?

Hanging over a Spotify IPO is the $1 billion in convertible debt that the company recently borrowed from Goldman Sachs, Dragoneer Investment Group, and Texas Pacific Group (TPG is also a Pandora lender, coincidentally–if you believe in coincidences).  Let’s assume that loan is in dollars.

If you take into account the loan’s 5% interest rate and the value of the warrant coverage in the deal, Spotify is essentially paying credit card interest on $1 billion (that 5% rate escalates 1% every six months until it reaches 10%, or Spotify registers an IPO).

The Entertainment IP Fund will be spent on a “diverse group of assets that have been through their initial window of release”, which may also include movies, TV productions, video games and other content types.

Monday, one of the leading startups in the space, San Francisco-based Chain, published a new open source protocol, or set of technical standards, called the Chain Open Standard for building a blockchain network that can securely, privately and rapidly handle a large volume of transactions.

The Chain OS is focused on networks that can digitize the world’s existing assets (not a new currency like Bitcoin), whether commonplace ones like gift cards or more obscure ones like syndicated loans, and was developed by applying the technology to real projects in areas such as banking, payments, capital markets and insurance. 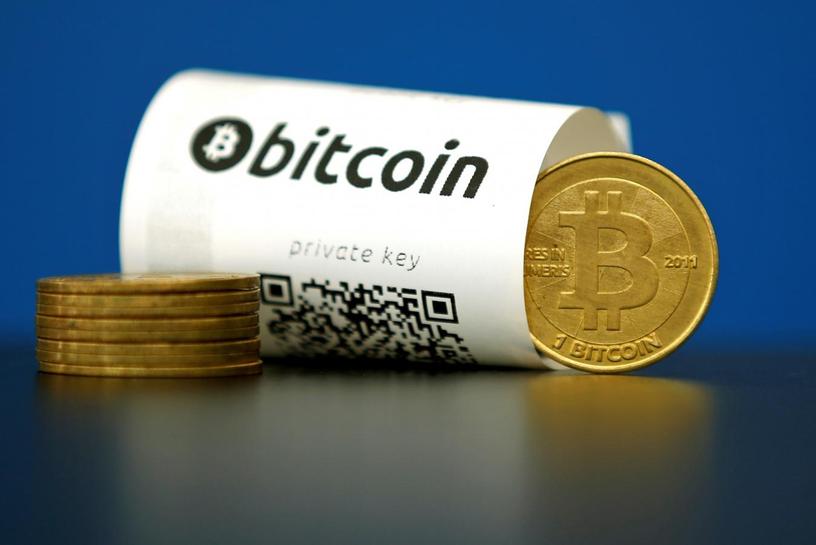 As a debate raged across the internet Monday over whether the mysterious founder of the bitcoin digital currency had finally been identified, executives at a major bitcoin conference in New York had a simple message: we’ve moved on.

That’s because bitcoin, the digital currency, has largely been supplanted by blockchain, the technology that underlies it, as the main interest of investors, technology companies and financial institutions.

“If there is a 100 percent opportunity in the blockchain, bitcoin, or the currency, is only 1 percent of it,” said Jerry Cuomo, vice president, Blockchain Technologies at International Business Machines Corp. “So there is a whole 99 percent that has broad applications across the broad industries.”

As financial services sprints toward a blockchain future, companies need a secure platform for experimenting with the technology.

Amazon Web Services announces Monday that it will collaborate with New York City-based Digital Currency Group, one of the biggest investors in blockchain firms, to provide such a service so the blockchain providers in DCG’s portfolio can work in a secure environment with clients who include financial institutions, insurance companies and enterprise technology companies.

ayment revolution, though disruptive, does not have to be a game changer for financial institutions, but instead be a game saver for those that respond quickly.

To move forward banks and credit unions need to evaluate new solutions that take advantage of modern technology to create a safe, ubiquitous and faster payments experience. They should be looking into a single unified platform that reliably processes bill payment, P2P and A2A money movement transactions.