Although the term blockchain might sound like a torture device, you might know it from another source: Bitcoin. Blockchain technology is the foundation and principal innovation of bitcoin, the dark web’s infamous cryptocurrency. Blockchain is also the foundation of Ethereum, which some see as a successor to bitcoin.

So this quick decoding not only reveals that The DAO is a venture capital fund that tracks its money via a blockchain technology — a database — named Ethereum. It also shows how the meanings of these three names are at best confounding and at worst unnerving, evoking big government, immateriality and darkness both individually and as a group.

Source: The blockchain future is here. And it needs a few good names. – Recode

One of the problems we have had in tech is that there aren’t large monetary incentives to create and sustain open protocols. If they are open they cannot be easily monetized by traditional means. However, that is changing with the emergence of blockchain technology and crypto-tokens.

A Miami court judge has sent ripples through the cryptocurrency community in a ruling in which she said bitcoin was not real money.

Defendant Michel Espinoza was on trial for illegally transmitting and laundering $1,500 worth of bitcoins to undercover agents who intended to use them to purchase stolen credit cards. His attorney argued that the charges should be dismissed because, under Florida state law, the cyber-currency could not be considered money. After extended deliberation, Judge Teresa Mary Pooler agreed in a ruling issued on Monday.

No new technology since the dawn of the internet has captured the imagination like blockchain. Designed to run unregulated electronic currency, the blockchain is promoted by many as having far broader potential in government, identity, voting, corporate administration and healthcare, to name just some of the proposed use cases. But these grand designs misunderstand what blockchain actually does.

Blockchain is certainly important and valuable, as an inspiration for brand new internet protocols and infrastructure. But it’s a lot like the Wright Brothers’ Flyer, the first powered aeroplane. It’s wondrous but impractical.

Source: OPINION: Blockchain really only does one thing well

The exponential rate at which Steem grows may put on fast track a solution to the scaling issue that the Bitcoin community faces.

Steem is a digital currency behind Steemit, a decentralized social media platform which rewards posters and voters online. Scaling Bitcoin has become a hot button issue in the community. This is the process to increase block size from its current form in which the network can only support up to seven transactions per second to process more like Paypal achieves with about 100 transactions per second, and as Visa does with about 4,000 per second.

Over the last two years, as Ethereum has evolved from concept to code, so too has the mystery surrounding Buterin. The resounding chorus of the people working on Ethereum is that he is to be admired and adored, and they are more than willing to contribute to Buterin’s colorful, often hilarious hagiography. I’ve been told by various people that Buterin learned to speak fluent Mandarin in just a few months, that he’s an autistic wunderkind, that all of his worldly possessions fit into one suitcase, that he once ate an entire lemon without removing the rind, that he’s an android powered by the Ethereum network.

Even those who have worked closely with Buterin seem mystified by him, as though this person is meant to be observed but not really understood.

A slew of new companies are betting on a new way to verify ownership of online content: Blockchain. In short, they are using the technology behind Bitcoin to protect and monitor content rather than currency and transactions.

But will this technology really work and will it motivate creators to sign on? The answer is unclear but what is obvious is that, while Blockchain-based solutions do have new capabilities to bring to the table, they also face many of the same challenges as their more centralized counterparts.

An investigation by Spanish authorities into the illegal distribution of paid television content has resulted in the seizure and destruction of six bitcoin mines used to launder proceeds from the alleged scheme.

European law enforcement agency Europol, which took part in the investigation, said today that 30 individuals had been arrested during an operation on 18th May. Thirty-eight homes across seven Spanish cities, including Madrid, were searched during the event, according to the agency. 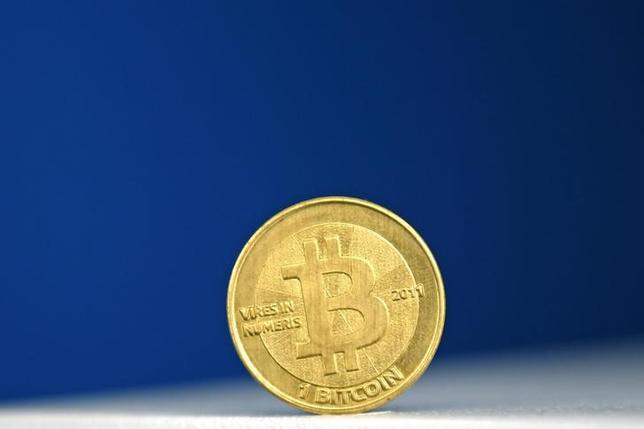 The addition of ether comes given the surge in interest in the digital asset among major financial institutions such as Barclays and UBS as well as other enterprises worldwide like IBM, which are trying to explore the Ethereum network.

Ether is the digital currency for the Ethereum platform, a blockchain, or public ledger that can create decentralized applications. Ethereum, which uses ether to execute peer-to-peer contracts automatically without the need for intermediaries, was co-founded and invented by 22-year old Russian Canadian programer Vitalik Buterin.

This makes me smile.

The program has won an Emmy Award and been praised by critics for its unique portrayal of family life. https://wired.trib.al/8uoEwlz

Central Bank of Ireland: If you buy Bitcoin, be prepared to lose all your money.