The federal Ninth Circuit Court of Appeals handed broadcasters a major win this week in their long-running legal battle with Aereo-clone Film On. A unanimous three-judge panel overturned a lower court ruling, which had held that FilmOn was eligible for the compulsory license under Section 111 of the Copyright Act that allows “cable systems” to retransmit copyrighted programming contained in broadcast signals without needing to get permission from the copyright holders.

In overturning that ruling, the circuit court closed an apparent loophole created by the Supreme Court in its 2014 ruling against Aereo, in which it held that Aereo was infringing broadcasters’ public performance right by retransmitting broadcast signals over the internet. In addressing whether Aereo was “transmitting” broadcast signals as defined in the statute, Justice Stephen Breyer reasoned that Aereo was acting, for all intents and purposes, like a cable system, which unambiguously “transmits” a signal, and therefore Aereo required a license under the statute’s Transmit Clause. 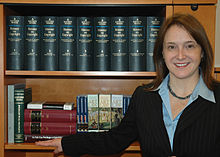 FilmOn seized on that reasoning to argue in its defense against a lawsuit brought by Fox, that it should be treated as a cable system for purposes of the compulsory license, which is a related but legally separate issue under the law. Several courts rejected that argument (FilmOn was sued in multiple jurisdictions) but one judge, U.S. District Court Judge George Wu, accepted it, ruling in Aereo’s favor, which led to Fox’s appeal to the Ninth Circuit.

While the Ninth Circuit’s ruling is an important victory for the networks, how the court reached its conclusion could turn out to be important in ways that go beyond its legal ramifications.

Writing for the court, judge Diarmuid O’Scannlain did not accept either Fox’s or FilmOn’s argument in full, acknowledging that the statutory language is ambiguous enough that could plausibly be reach the way each side would have the court read it, but that neither interpretation was compelled by either the language or the legislative history. To resolve the question, therefore, O’Scannlain defers to the interpretation of the provision offered by the U.S. Copyright Office, which favored Fox’s view.

In doing so, however, O’Scannlain felt compelled to establish the legal foundation for such deference.

“Because the statute does not speak clearly to the precise question before us, we must decide how much weight to give the views of the Copyright Office,” O’Scannlain writes. ” The first question is whether Chevron or Skidmore provides the proper framework to structure our analysis.”

O’Scannlain then goes on, in a footnote, to lay out the basic legal distinction between the two standards. Broadly speaking, under the Chevron standard (from Chevron U.S.A. Inc. v. Natural Res. Def. Council), courts should defer to an agency’s construction of a statute it has been tasked by Congress to administer where the language of the statute is ambiguous as to the precise question at hand, so long as that construction is “reasonable.”

Under Skidmore, (Skidmore v. Swift & Co.) the weight given to an agency’s interpretation “will depend upon the thoroughness evident in its consideration, the validity of its reasoning, its consistency with earlier and later pronouncements, and all those factors which give it power to persuade, if lacking power to control.”

O’Scannlain then ups the stakes.

“To resolve this issue,” he writes, “we would be required to rule on constitutional questions that could have outsized consequences relative to this case—such as determining whether the Library of Congress is a legislative or executive agency.” If the latter, presumably, the Copyright Office would have a better claim on Chevron deference; if the former, it might only be due Skidmore.

Then comes this footnote:

As it happens, the legal status of the U.S. Copyright Office is very much a live controversy in Washington right now. The Office is currently leaderless, thanks to the abrupt removal of its previous head, Register of Copyrights Maria Pallante, in October at the hands of recently installed Librarian of Congress Dr. Carla Hayden. While theories abound as to the “real reason” behind Pallante’s removal, seen as a blow to copyright owners who viewed her as an ally, one factor appears to have been her outspoken advocacy for separating the Copyright Office from the Library and making it a standalone, executive branch agency, with a presidentially appointed register and its own rulemaking authority — a position Hayden strongly opposes.

Members of both the House and Senate Judiciary committees, many of whom are sympathetic to Pallante’s mission to separate the Office from the Library, expressed bi-partisan dismay over her defenestration, creating a rare rift between the Library of Congress and Congress. Pallante had worked closely with the House Judiciary Committee as it conducted a two-year review of U.S. copyright law with an eye toward reforms, including giving the Copyright Office a measure of independence from the Library.

At a meeting earlier this month, leaders of both the House and Senate committees urged Hayden to hold off on naming a new Register, according to a Wall Street Journal report. But in a letter to the committees following the meeting Hayden stuck to her position and reiterated her intention to make the appointment herself.

The chairman and ranking member of the House Judiciary Committee, respectively, Rep. Bob Goodlatte (R-Va.) and Rep. John Conyers (D-Mich.), struck back this week, introducing the Register of Copyrights Selection and Accountability Act of 2017, which would make the Register of Copyrights a presidentially appointed position with a fixed, 10-year term.

In his opinion in the FilmOn case, Judge O’Scannlain side-stepped the question of the Copyright Office’s status by ruling that even under the less-deferential Skidmore standard the Office’s reading of Section 111 was persuasive, and that internet services like FilmOn and Aereo are distinguishable from “cable systems” and therefore not entitled to the compulsory license.

While that might settle the matter as far as FilmOn is concerned, Judge O’Scannlain’s highlighting of the question of the Copyright Office’s status neatly illustrates what’s at stake in the tug-of-war between Congress and the Librarian over control of the office and the appointment of the Register. Courts have disagreed over the years as to how much deference to give the Copyright Office’s interpretations, particularly in close cases involving the application of an old statute to new technologies.

Clarifying the Copyright Office’s legal status could go a long way toward resolving the question of deference, which could impact cases far beyond Fox v. FilmOn.

Update: On Wednesday (3/29), the House Judiciary Committee approved the Register of Copyrights Selection and Accountability Act (HR1695), which would make the Register a presidentially appointed position but leave the Copyright Office within the legislative branch. The bill now goes to the full House.

The Electronic Frontier Foundation on Thursday filed a lawsuit in U.S. District Court in Washington, DC, challenging Sections 1201, 1203, and 1204 of the Digital Millennium Copyright Act, known as the “anti-circumvention provisions,” on constitutional grounds.

That, in itself, is not particularly surprising. EFF served as pro bono counsel to Eric Corley in one of the first major cases to test Section 1201 in court and has been an outspoken critic of the law since it was enacted in 1998. What makes this week’s filing notable is its timing and EFF’s apparent strategy.

Section 1201 broadly prohibits the circumvention of DRM (“technical protection measures,” or TPMs in the language of the statute) used to protect access to copyrighted works (Section 1203 prohibits “trafficking” in anti-circumvention technologies and Section 1204 provides for criminal penalties for violating Section 1201). In its lawsuit, filed on behalf of a computer security researcher and a technology inventor and entrepreneur, EFF claims the three provisions violate the First Amendment because they prevent people from engaging in what would otherwise be protected speech under the fair use doctrine in copyright law — an argument raised many times before.

But the complaint also takes direct aim at the law’s triennial rulemaking procedures by which members of the public are allowed to apply to the Library of Congress for an exemption to the anti-circumvention rules for specific purposes. The complaint declares the rulemaking itself “an unconstitutional speech-licensing regime.”

Source: DMCA Showdown at the Library of Congress | Concurrent Media

Carla Hayden was approved 74-18 in a vote that unexpectedly came to the floor Wednesday afternoon. A hold had reportedly been placed on her nomination that prevented it from moving by unanimous consent. Hayden is a veteran of the American Library Association (ALA) and the current chief executive of the Enoch Pratt Free Library in Baltimore.

Hayden was nominated to replace James Billington, whose final years were marked by criticism that the library’s IT infrastructure was not up to par. Billington served for 28 years, which was seen as one reason why Congress recently reduced the term of the librarian to 10 years, instead of maintaining the previous unlimited appointment.

President Obama’s pick to lead the Library of Congress cleared a key committee on Thursday.

The Associated Press reported that Carla Hayden’s nomination was approved by the Senate Rules Committee, clearing the way for a vote by the full Senate.