Disney, LucasFilm, 20th Century Fox and Warner Bros. sued VidAngel in June, claiming the company is blatantly violating their rights by masquerading an unauthorized streaming service as a mission to clean up Hollywood content.

VidAngel fired back in July, accusing Hollywood studios of engaging in a “conspiracy to restrain the market for online filtering services,” and arguing that its service is protected by the Family Movie Act of 2005, the first-sale doctrine and fair use. Now the studios are arguing that VidAngel’s defenses are meritless and the court should issue a preliminary injunction.

The court decided that Cox did not do enough to stop users pirating music from BMG, and therefore did not qualify for Digital Millennium Copyright Act (DMCA) ‘safe harbor’ protections. Crucially, BMG provided evidence that it had identified individual infringers and then alerted Cox to their wrongdoing.

Like any site, YouTube can stream material without artists’ permission thanks to 1998’s Digital Millennium Copyright Act (DMCA). The law allows companies to post copyrighted content online if they agree to take it down upon request. But in the YouTube age, this means artists’ representatives need to monitor hundreds of millions of new videos every day.

YouTube says it has addressed the issue, spending $60 million to build a “Content ID” program, which uses digital “fingerprints” to identify pirated material.This system catches 99.5 percent of copyrighted material, says Robert Kyncl, YouTube’s chief business officer. “I challenge somebody to find a better system of copyright management anywhere,” says Kyncl. “It’s been nearly a decade of us investing in the system when no one else does anything.”

Source: Inside YouTube’s War With the Music Industry – Rolling Stone

The Electronic Frontier Foundation on Thursday filed a lawsuit in U.S. District Court in Washington, DC, challenging Sections 1201, 1203, and 1204 of the Digital Millennium Copyright Act, known as the “anti-circumvention provisions,” on constitutional grounds.

That, in itself, is not particularly surprising. EFF served as pro bono counsel to Eric Corley in one of the first major cases to test Section 1201 in court and has been an outspoken critic of the law since it was enacted in 1998. What makes this week’s filing notable is its timing and EFF’s apparent strategy.

Section 1201 broadly prohibits the circumvention of DRM (“technical protection measures,” or TPMs in the language of the statute) used to protect access to copyrighted works (Section 1203 prohibits “trafficking” in anti-circumvention technologies and Section 1204 provides for criminal penalties for violating Section 1201). In its lawsuit, filed on behalf of a computer security researcher and a technology inventor and entrepreneur, EFF claims the three provisions violate the First Amendment because they prevent people from engaging in what would otherwise be protected speech under the fair use doctrine in copyright law — an argument raised many times before.

But the complaint also takes direct aim at the law’s triennial rulemaking procedures by which members of the public are allowed to apply to the Library of Congress for an exemption to the anti-circumvention rules for specific purposes. The complaint declares the rulemaking itself “an unconstitutional speech-licensing regime.”

Source: DMCA Showdown at the Library of Congress | Concurrent Media 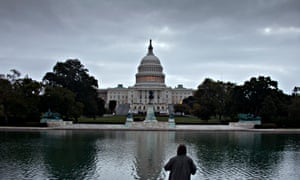 The Electronic Frontier Foundation (EFF) filed a lawsuit on Thursday that American copyright wonks, technologists and security researchers have been hotly awaiting for nearly 20 years.

EFF is suing the US government, arguing that section 1201 of the DMCA is unconstitutional, and also that the Library of Congress and the copyright office have failed to perform their duties in the three-year DMCA 1201 exemption hearings.

Source: America’s broken digital copyright law is about to be challenged in court | Technology | The Guardian

ording to the scuttlebutt in copyright policy circles, the U.S. Copyright Office could release its findings from its study of Section 512 of the Digital Millennium Copyright Act ordered up last year by the House Judiciary Committee, which is conducting a review of the DMCA and U.S. copyright law in general. Along with those findings, the Copyright Office is widely expected to offer recommendations to Congress for changes to the 512 “safe harbor” provisions, including perhaps replacing the current “notice-and-takedown” rules with a “notice-and-staydown”
requirement.

END_OF_DOCUMENT_TOKEN_TO_BE_REPLACED

An episode of Family Guy titled ‘Run Chris Run’, that aired on Fox on 15 May 2015, used a clip showing a glitch in the 1980s Nintendo video game Double Dribble. The glitch allowed users to get an automatic 3-point goal every time.

The clip was taken from Youtube, where it was uploaded in 2009. After the release of the episode of Family Guy, Fox complained to Youtube and had the video taken down on copyright grounds.

A group of 18 music industry organizations, representing songwriters, publishers and musicians, filed comments last week with the U.S. Copyright Office in response to the office’s congressionally ordered inquiry into the operation and effectiveness of Section 512 of the Digital Millennium Copyright Act, otherwise known as the “safe harbor” provisions of the law.

And to make a long filing short: they don’t think it’s working very well at all.

As discussed in a previous post here, people in the copyright industries have been pining for years for a do-over of the safe harbors and notice-and-takedown procedures, which they claim have amounted to a get-out-of-jail-free card for online infringement, and the music groups came prepared.

Their 70-page filing (including appendices) is chock full of colorful charts and graphs, footnoted legal arguments, and research findings, all purporting to demonstrate conclusively that the Section 512 bargain, which was intended to provide a limit on the liability of online technology providers for infringement by their uses while creating legal tools for copyright owners to get infringing content removed from the web, has been rendered null and void by advances in web technology and overly narrow interpretations of the law by the courts.