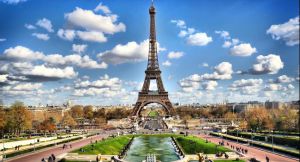 Among intense weather considerations about the wettest spring on record for the past century and shock over Brexit, the French Parliament adopted at the end of June a little-noticed measure in the Freedom of Creation Act… with a very big potential impact: a new royalty for the indexing of images on the Internet in France.

It is still too early to understand the full impact of this measure. However, it is quite clear that “many online services and mobile apps, from search engines to creative commons models and Europeana” will be impacted, as stated by several digital associations, including CCIA. “Basic, everyday activities of online users such as posting, linking and embedding photos online, [will] be subject to a cloud of legal uncertainty”.

A camera praised for its mix of instant sharing (through a connected iPhone) with advanced features now also offers photographers instant protection. DxO unveiled the latest firmware update to its DxO One camera (version 1.4) and among a long list of improvements, the update allows photographers to embed copyright info into the image’s metadata.

By downloading the latest app and then installing the firmware directly from the app, DxO One owners can now automatically embed their name inside the image’s hidden information, called metadata.

If you’re using a gas stove, give your kitchen a faster, safer, and more environmentally responsible upgrade. https://wired.trib.al/3HXeCsJ

Our team made tons of coffee, tea, and ramen to test these gadgets—and boiled it down to these top picks. https://wired.trib.al/0xf1akQ