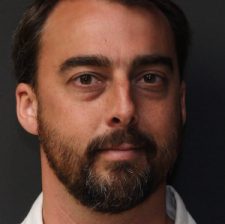 Last week’s announcement that the U.S. Copyright Office had successfully accepted a bulk submission of notices of intent (NOIs) for compulsory mechanical licenses in electronic form marked a major milestone, both for the Office and for Music Reports Inc., which delivered the NOIs on behalf of music streaming service Guvera.

Music Reports has been working with the Copyright Office for more than a decade as part of the Office’s fitful, and at times halfhearted, effort to upgrade the creaky, pre-digital process for submitting and accessing music publishing information to at least 20th century standards if not quite 21st. Last week’s successful test run on the Office’s new, electronic submission system, involving about 100 tracks, is believed to be the first such hand-off.

But it was only one step toward solving what Colitre says is a much bigger problem: the vast and fast-growing amount of music being released on digital platforms today for which publishing information is not available, if it was ever collected in the first place.