The music industry has been discussing and debating for years the merits of creating a comprehensive, publicly accessible database of musical works and sound recordings and the ownership information attendant to each — something that does not currently exist. But various multi-stakeholder efforts to compile such a catalog have faltered amid disputes over cost, control, and access, most spectacularly the ill-fated Global Repertoire Database initiative spearheaded by a group of music publishers and performance rights organizations. 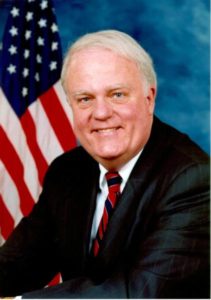 The need for such data, meanwhile, has only grown more acute, as the volume of new recordings being released each month as exploded and music streaming services churn through vast catalogs, leading to an eruption of disputes and litigation over the proper payment of royalties to rights owners.

Momentum seems to be building, however, behind renewed efforts to compile the universal look-up catalog, although controversy is already bubbling up around some of those efforts. Last week, Rep. James Sensenbrenner (R-Wisc.), the chairman of the House Judiciary Committee’s Intellectual Property Subcommittee introduced the Transparency in Music Licensing Ownership Act, which would instruct the U.S. Copyright Office to compile an open, comprehensive database linking metadata about sound recordings with metadata and ownership information about musical works so that users of sound recordings would be able to identify and locate the current rights owners of the musical works involved. The bill would also appropriate money to compile and maintain the database.

To encourage rights owners to register their works with Copyright Office for inclusion in the database the bill would also limit their ability to bring legal action against alleged infringers if the rights owner has not provided up-to-date information to the Copyright Office.

“Across the country, businesses and establishments play or perform music for the enjoyment of their patrons, but the process of ensuring they are legally able to do so, as well as those who hold the license to the music or recordings being played are fairly compensated, is convoluted and difficult,” Sensenbrenner said in a press release. “The Transparency in Music Licensing Ownership Act is a step forward in simplifying the process and helping business owners to identify copyright holders in one easy location to ensure they comply with licensing and payment requirements.”

How far Sensenbrenner’s bill will go in the current congress is an open question. Very little legislation in moving on Capitol Hill these days amid gridlock over health care reform and the multiple investigations into Russian meddling in the 2016 election. It’s also possible the effort could get dragged into the still unresolved controversy over the appointment of a new Register of Copyrights, a position sill unfilled since the previous Register, Maria Pallante was removed last year by the new Librarian of Congress, Dr. Carla Hayden.

But Sensenbrenner’s bill seems to have lit a fire under other music industry stakeholders who already make commercial use of elements of the data the bill would make public. On Wednesday, the two leading PROs in the U.S., ASCAP and BMI, announced plans to combine their respective catalogs of musical works into a single, unified database and to make it available to others in the industry.

“ASCAP and BMI are proactively and voluntarily moving the entire industry a step forward to more accurate, reliable and user-friendly data, ASCAP CEO Elizabeth Matthews said in a press release. “We believe in a free market with more industry cooperation and alignment on data issues.  Together, ASCAP and BMI have the most expertise in building and managing complex copyright ownership databases.”

Sensenbrenner immediately blasted the move, however, as an attempt to preempt his legislation.

“If BMI and ASCAP were serious about establishing a music database, not only would they have spoken to my office and other interested 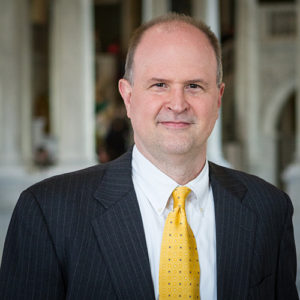 Members of Congress about their plans, but they would have also included their fellow PROs in the initiative,” he said in a statement. “With their announcement today, they are grasping at straws; trying to maintain power over a failing process that only serves their interests, not those of the American consumer.”

The upcoming RightsTech Summit, which will be held September 27th in New York City, will tackle the daunting data challenges music industry and other media sectors face today as digital platforms strain legacy rights management and licensing systems, as well as the renewed efforts to create a comprehensive music rights database.

Executives from Rumblefish and the Harry Fox Agency, Music Reports, and other private companies making commercial use of the data targeted by Sensenbrenner’s bill will discuss the benefits and drawbacks of data sharing and the technological challenges associated with making it available.

The summit will also feature a one-on-one fireside chat with Robert Kasunic, Associate Register of Copyrights and Director of Registration Policy and Practice at the U.S. Copyright Office, who will address copyright reform efforts in the U.S. and elsewhere, including the Transparency in Music Licensing Ownership Act.

For information on registering for the RightsTech Summit, click here.