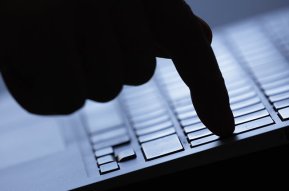 Need to find an important piece of metadata for a particular recording? SoundExchange has announced the launch of an online tool for looking up the ISRCs, or International Standard Recording Codes, related to the nearly 20 million recordings in its database. ISRC is the standard for identifying sound recordings. Countries have their own ISRC agency that assign the unique numbers.

Each number is comprised of a two-letter country code, a three-character code for the registrant, two numbers for the year, and five numbers assigned by the registrant. The RIAA oversees the ISRC system in the United States and its territories. The IFPI oversees ISRCs globally.A correct ISRC helps ensure the correct label or artist is paid a performance royalty when the recording is streamed by webcasters such as Pandora and satellite radio service SiriusXM Radio.

At any given time, SoundExchange has tens of millions of dollars in undistributed royalties because it has received inaccurate or incomplete data from a service.

Do You Have a Development Deal With Audible Yet? https://rightstech.com/2022/05/do-you-have-a-development-deal-with-audible-yet/

The RIAA Celebrates 70 Years — And Its Success Setting the Foundation for Streaming https://rightstech.com/2022/05/the-riaa-celebrates-70-years-and-its-success-setting-the-foundation-for-streaming/