The House Judiciary Committee on Wednesday unanimously approved the Music Modernization Act (MMA), an omnibus bill that would bring the biggest changes to how music is licensed and paid for in more than a generation. The vote was 32-0. 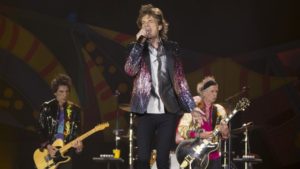 The bill incorporates components of four other bills that were originally introduced separately. They include the original Music Modernization Act, which for the first time creates a blanket license for mechanical rights in the U.S. and establishes a new organization to administer the license and collect the royalties; the CLASSICS Act, which requires digital radio services to pay performance royalties for previously exempt pre-1972 sound recordings; the AMP Act, which codifies current industry practice of honoring so-called Letters of Direction by artists who wish to share performance royalties with producers and engineers; and a provision taken from the Fair Play, Fair Pay Act that establishes a new, “willing buyer, willing seller” standard for setting statutory royalties.

Left out of the bill were other elements of the Fair Play, Fair Pay Act that would have required terrestrial radio stations to pay performance royalties for sound recordings. That provision was strongly opposed by broadcasters and their opposition could have derailed the omnibus bill had it been included.

Although supporters of performance royalties for radio play, primarily the record labels, vowed to push ahead on those provisions their exclusion from the MMA leaves their fate far from certain. The National Association of Broadcasters has successfully resisted similar legislative efforts over many years, and without the cover of the broad coalition backing the MMA the labels’ efforts could be thwarted again.

“The House Judiciary Committee’s approval of the Music Modernization Act (MMA) is a critical step towards finally fixing the system to pay songwriters what they deserve,” he said in a statement. “There is unprecedented consensus and momentum behind this bill, and we look forward to seeing it soon pass the full House.”

Although no date has been set for the bill to be taken up by the full House, it is expected to get a vote within the next several weeks.

The Senate has yet to take up the bill in its current form, although individual elements of it have been introduced there. The Senate is not obligated to follow the House’s lead in combining the four individual bills, but the broad support for the bill from disparate industry groups, and the rare display of unanimous, bi-partisan support for it from the House committee is likely to create strong pressure on the Senate to follow suit.

“After years of compromise and collaboration across the music, tech and policy sectors to reach this point, the Music Modernization Act of 2018 will help songwriters to be better compensated for their work and positively impact how their music is licensed,” Copyright Alliance CEO Keith Kupferschmid said of today’s action. “We commend Chairman Goodlatte (R-VA) and Ranking Member Nadler (D-NY), Representatives Collins (R-GA) and Jeffries (D-NY), and all who demonstrated vigorous backing for this critical piece of legislation, enabling it to be passed through committee with decisive and overwhelming bipartisan support.”

Kupferschmid will lead a panel discussion on copyright and licensing reform, including the Music Modernization Act, at the RightsTech Summit on Oct. 5 in New York.