Mike Pusateri is Founder and CEO of BentPixels

It’s an open secret that advertisers, content creators, and the ecosystem around them have been waiting eagerly for the true potential of Facebook Video to unfold. Naturally, the recent announcement that Facebook is moving forward with video monetization at increasing scale is a big moment for that constituency. 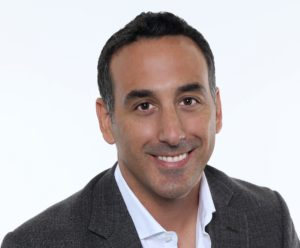 My team is no different. We’ve been engaged in digital rights management of video content for over five years: making claims, monetizing, and issuing takedowns on behalf of brands and leading content creators using YouTube’s Content ID. We’ve watched the evolution of Content ID, over time, into the pre-eminent anti-piracy system on any video platform.  Keep in mind that YouTube has had years to fine-tune this system: time and iterations and a large team of excellent engineers. The changes that have made the biggest difference, mind you, are not solely technology tweaks: they’re policy refinements, changes to process and to user experience. By contrast, Facebook is at a disadvantage in that it didn’t begin life as a video platform.

One thing’s for sure: both YouTube and Facebook will always have to guard against pirates who are creative about new ways to beat the system. Because of our experience with video rights management, we have a few suggestions for Facebook as it rolls out what CEO Mark Zuckerberg has acknowledged is a video-centric future.

Our team has put together a comparison of Facebook’s Rights Manager and YouTube’s Content ID. Here are four factors we think should be addressed:

Refine the Rights Manager User Interface: We’d like to see Facebook prioritize developing a more sophisticated user interface for uploading video, as well as for checking stats and analytics. Users will benefit from increased information about matches and claims, for example which percentage of a video is a match and whether other claims have been placed on that video or a portion of the video. Setting up a strong system of reference files as matchable assets, like Content ID, and allowing the user to set up customized policies around matches will go far to improve the claiming experience.

In addition, copyright holders should have the ability to register a DRM provider as an approved rights manager (no pun intended) for their content or brand. The provider can then act on behalf of that client, or multiple clients, as a third-party content owner. There is frankly too much ripped content out there for an individual rights holder with popular content to track efficiently.

Create a Strike System and Robust Appeals Process: Currently, the takedown process is easier in Rights Manager than Content ID, because you can execute claims in bulk. Advantage: Facebook. However, there is no obvious strike system in place for repeat offenders with serious consequences like there is on YouTube. Nor is there an appeal process if an error has occurred.

Unfortunately, it’s possible to get locked out of the Rights Manager uploading system entirely, with no clear recourse, if the system misunderstands your rights to the content or believes it conflicts with another user’s claims. The potential punishment — being indefinitely barred from uploading content without a human override option — poses major difficulties for individual creators.

Crowdsource Copyright Policing: While automation is crucial for the scalability of a system like Rights Manager, having a crowd-sourced enforcement measure would allow Facebook to gather more data on how videos are sidestepping the content protection system. This is a great way to figure out which adjustments must be made to combat the latest in pirate strategy. YouTube has adopted a crowdsourcing system for its own purposes, but much later in the Content ID life cycle.

While Facebook is a younger video platform, it can take greater advantage of its built-in social tools to deputize power users and prevent the spread of freebooting. YouTube is working on ways to incentivize this process, but Facebook has built-in opportunities with its social network: potentially it could offer various advertising credits and temporary boosts to power user pages, allowing creators (er, concerned citizens) to actually benefit from following and enforcing the rules on the platform.

Embrace Monetization: Rights Manager currently has flexibility in determining what types of videos you would like to pursue or block over others, and that’s a good thing. Keep in mind the purpose of such a system is not rights management alone, but a way of fairly distributing funds generated by uploads to their rightful owner(s).

There are of course major content brands, individual creators, and perhaps Facebook itself (through its upcoming original content initiative) that view the platform as the next frontier for generating revenue online. The more creators and entities that can monetize content, the better to round out the ecosystem. Facebook seems determined to add video monetization opportunities gradually, as of this writing to page owners using live video, influencers, and publishers meeting certain criteria (a few involving on-demand rather than live video).

Mid-roll advertising makes total sense for certain types of videos — especially livestreaming, which is a priority according to the latest announcement — however, until it’s broadened this will restrict the amount that creators can ultimately generate on the platform. We’d like to see diversified monetization in time. It won’t be easy. The typical Facebook user has been spoiled by the lack of non-native advertising seen on Facebook, and complaining about Facebook changes can be a popular sport for even the most devoted users.

Tweak the Serving Mechanism: For most channels currently on YouTube, knowing how to reach their subscribers is paramount. YouTube’s algorithm, which has been so successful at building watch time on the platform (over a billion hours a day, at last count), can also make or break creators. You don’t always know if your subscribed audience will actually see the videos that you post; similarly, creators don’t necessarily know how the Facebook News Feed algorithm will affect them.

Facebook has certainly indicated that the new Video tab is a key portal for promoting long-form content, with shorter video remaining on the News Feed. Hopefully in this way, Facebook will promote video from individuals as much as possible. When creators post original content, it’s not the same as paying to run advertising and ideally won’t be prioritized in the same fashion.

Facebook is on the verge of hosting an incredible array of video content, and boasts an engaged (even captive) audience ready to consume. It’s a really exciting time, and Rights Manager has the underpinnings of a strong solution. We can’t wait to see Facebook Video, and the mechanisms for claiming and monetizing it, mature and provide more value for creators, advertisers, and brands.