Sony Corp. this week announced it will purchase an additional 60 percent stake in EMI Music Publishing from Mubadala Investment Company for $2.3 billion in cash, giving the Japanese conglomerate a 90 percent share of EMI’s portfolio of music copyrights, which includes works by Kanye West, Alicia Keys, Drake, , Pharrell Williams, Queen, and much of the Motown catalog. 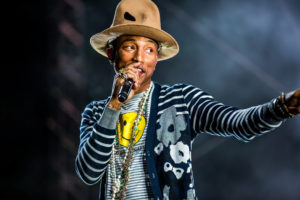 The move comes as part of a broader strategy mapped out by Sony CEO Kenichiro Yoshida to shift the venerable hardware maker’s focus away from low-margin consumer electronics toward building a stable of diverse and stable revenue streams.

“In the entertainment space, we are focusing on building a strong IP portfolio, and I believe this acquisition will be a particularly significant milestone for our long-term growth,” Yoshida said in a statement announcing the EMI deal.

Beyond its strategic value to Sony, however, the deal also clearly has a clear financial predicate: As growth in paid streaming continues to revive the recorded music business, the value of music publishing rights is also growing. The $2.3 billion Sony is paying for 60 percent of EMI values the full EMI catalog at $4.75 billion, more than double its price in 2012 when Mubadala and Sony first invested in the company.

The deal will also make Sony ATV the world’s largest music publisher by far, with a roughly 30 percent  share of the market

Number two publisher, Universal Music Group, with just under 20 percent of the market according to IFPI data, is also feeling bullish about the value of its portfolio. UMG’s parent company Vivendi has been teasing the possibility of a sale or spin-out of the music company, which includes a record label group in addition to its publishing assets to cash in on the growing value of its catalog.

EMI’s financial value to Sony, however, could be even larger than the raw calculation of its increased market share. The music industry’s still-chaotic data environment results in a vast but unaccounted pool of publishing royalties generated by streaming and other uses that are never attributed to the proper rights owners. Those moneys are eventually distributed by the performance rights organizations to music publishers based on the publishers’ market shares.

Since larger publishers are in the best position to negotiate with the PROs, they almost certainly end up collecting a disproportionate share of the kitty. For Sony, a bigger market share will likely mean an even bigger share of the unattributed royalties.

With the Music Modernization Act poised to pass the Senate and head to the president’s desk, moreover, a new pool of unattributed publishing royalties created by the MMA’s new blanket license for mechanical rights is also slated to be distributed on the basis of market share, yielding another windfall for the largest publishers.

The MMA itself, however, could contain the seeds of the unraveling of the “black box” premium currently enjoyed by the largest publishers. The bill calls for creation of a new open music rights database, to be maintained by the U.S. Copyright Office, intended to reduce the amount of unattributable royalty revenue collected by better matching sound recordings to the rights owners of the underlying compositions.

In fact, the music industry is currently bubbling with similar initiatives, such as the pilot program recently launched by rights-tech startup JAAK in partnership with Warner/Chapel Music Publishing in BMG. Both Warner/Chapel and BMG are far smaller than Sony ATV and UMG and so benefit proportionately less from the market share based spoils system.

Both the efforts to tackle music’s “black box” problem, and the investment environment for rights portfolios and rights management generally will be hot topics at the 2018 RightsTech Summit in October. For information on how to register for the conference click here.