Frank Ocean’s surprise release “Blonde” debuted at No. 1 this week on the Billboard Top 200 album chart, racking up sales of 275,000 units, despite its not being released as an album in any physical format. 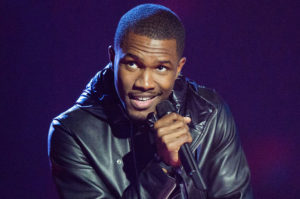 The equivalent album unit is a conceit designed to sustain the multi-song album as a relevant configuration for the packaging and release of music despite its rapidly fading relevance to how music is accessed and consumed today. What we call an “album” today is as much an accounting device, for the convenience of the record labels and chart makers, as an actual article in commerce.

Back in the pre-digital day, however, chart position had significant commercial implications. High-charting albums tended to generate a bandwagon effect, as retailers gave them more prominent positions in their stores, radio stations played the official single more often, and the artists got more press — all of which drove sales. In the days before widespread point-of-sale data collection record companies dedicated considerable resources to plying the chart managers at Billboard and other outlets with a mix of favors, promised favors, and badgering to try to wangle better chart position or a coveted “bullet,” the somewhat subjectively applied icon Billboard used to indicate a particularly “hot” seller.

Today, for all the effort that goes into compiling them, chart position’s commercial relevance is more muted. High-charting releases may find their way into more algorithmically generated playlists, but that doesn’t translate into higher revenue for the artist or label as directly as increased album sales once did. Just how muted the effect of chart position can be these days, in fact, was evident from the unusual release strategy for “Blonde” (spelled “Blond” in the cover art).

Outside of Ocean’s immediate circle and Apple Music, which had the exclusive, almost no one in the industry knew it was coming. Certainly Ocean’s erstwhile label, Universal Music didn’t see it coming. Universal had only just released Ocean’s groundbreaking “visual” album “Endless.” Though well received by critics and fans, “Endless” did not qualify for chart recognition because its visual-album configuration — essentially the soundtrack to a long, art-house video — did not fit the definition of an “album” or an “equivalent album unit.” So no soup for your, UMG.

Yet as an accounting matter, the release of “Endless” fulfilled Ocean’s remaining contractual obligation to Universal, leaving him free to self-release “Blonde” through Apple. Though “Blonde” will, presumably, eventually find its way onto other streaming platforms, the strategy cast Apple in the role of label, or at least the releasing agent.

Unlike a conventional record label, however, Apple isn’t particularly interested in how often tracks from “Blonde” are streamed, or how many equivalent album units its sells (Apple does have a direct interest in downloads of the album through iTunes, but downloads are a fading part of Apple’s overall music business). “Blonde’s” value to Apple is in its exclusivity, as it fights to differentiate Apple Music from Spotify, Tidal, and other paid streaming services.

The three top albums with the highest first week album and equivalent album sales released so far in 2016, in fact, have all been exclusives: Drakes “Views” (Apple); Beyonce’s “Lemonade” (Tidal); and “Blonde” (Apple). Yet none had a physical component at the time of their streaming release, illustrating the relative value of exclusivity and unit sales as charted by Billboard, at least where the biggest artists are concerned. Clearly, exclusivity, for which streaming services are willing to pay handsomely, has greater commercial value than unit sales, at least initially.

In that sense, the traditional metrics by which the music industry has long gauged success are going the way of audience measurement and gross ratings points in the age of Netflix. They’re simply not as relevant to a business model based on on-demand, all-you-can-eat subscriptions.

The traditional TV business remains obsessed with individual series ratings because they still drive advertising rates. But Netflix, Amazon and others studiously avoid revealing how many people watched a particular show within a particular time window, to the great frustration of the studios and networks who license their shows to those platforms. Netflix even famously declines to share viewership data with the producers of its original series and movies.

The networks have successfully badgered Nielsen into MacGyvering up a workaround to Netflix’ recalcitrance in the hope that it will give them better leverage in negotiating licensing deals. But even if those data are reasonably accurate (Netflix claims they’re not), it won’t change the fact that Netflix simply gauges the value of a program differently from how the studios measure it. To Netflix, a series is valuable to the extent its availability on the platform keeps users engaged with and paying for the service, or that it provides useful fodder for its recommendation engine, or throws off useful data on viewers that Netflix can correlate with data generated by other series, or any number of other factors that can’t be reduced to a ratings point. And that fundamentally changes the dynamic between buyer and seller.

The analogy to the music industry isn’t perfect, of course. The labels and publishers have the contractual leverage to compel the services to collect and report streaming data. And because of the way rights are managed and royalties and other obligations are calculated in music, the need to collect those data will remain for the foreseeable future. But in the case of a release like “Blonde,” where there is no traditional label in the mix (the status of the publishing rights is unclear), those reporting requirements are likely to be narrower than they otherwise would be, and Apple’s incentive to share the data with third-parties is much lower.

As I’ve written before, I’m skeptical that exclusives will turn out to be a viable long-term strategy for the services. But insofar as they confer some competitive advantage the incentive to share usage data outside the immediate need-to-know circle is close to nil.

“Off the grid” streaming and the competitive hoarding of data are already happening in fact. According to a report this week by Music Business Worldwide, Spotify, which has thus far eschewed signing exclusives, has begun making its own records and salting the recordings into its playlists. In a weird throwback to the days of bubblegum pop, when producers hired session musicians to churn out radio-ready chum under made up band names like the Archies and 1910 Fruitgum Company (look it up), Spotify is reportedly paying producers to create tracks — generally without vocals — that fit certain genres or moods and crediting them to fake artists.

Although a few of the tracks have amassed over 500,000 plays, according to the report, the number of plays is obviously less important to Spotify than filling out its playlists with tracks it doesn’t need to account for to the labels and publishers.

For now, Apple, Spotify, and Tidal are all still publicly reporting downloads and streaming activity for their exclusives, whether licensed or created in-house, along with the rest of their catalogs. But over time, as the relevance of those metrics to their own businesses declines, so too will their incentive to keep doing it.