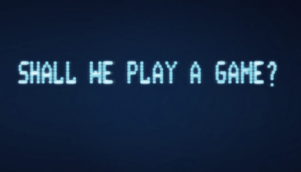 In an ironic twist of fate, an ex-military nuclear bunker and data center operation called BunkerChain Labs inc. has been tasked with enabling a “war games” protocol built entirely on a Blockchain, the software technology that began with bitcoin. This new project, code named “Peerplays”, uses a high speed program called Graphene to automatically connect players from all around the world and enable online gaming and wagering that is highly resistant against cheating.

In the 1983 hit movie “War Games” a supercomputer called WOPR mistook a computer game for real-life, and almost set off a Global Thermonuclear War. Lucky for us, Peerplays is programmed to remain neutral. This new Blockchain database will contain a public record of gaming history that allows auditors to prove afterwards that games are being played without manipulation.

A Supreme Court Without RBG May Impact Hollywood’s Grip on Intellectual Property https://rightstech.com/2020/09/a-supreme-court-without-rbg-may-impact-hollywoods-grip-on-intellectual-property/

‘There’s No There There’: What the TikTok Deal Achieved https://rightstech.com/2020/09/theres-no-there-there-what-the-tiktok-deal-achieved/

Digital conference for Germany’s Presidency of the Council of the European Union to explore copyright  https://rightstech.com/2020/09/digital-conference-for-germanys-presidency-of-the-council-of-the-european-union-to-explore-copyright/

Logic blames UMG for not letting game-streamers use his music https://rightstech.com/2020/09/logic-blames-umg-for-not-letting-game-streamers-use-his-music/