Sony Corporation, along with Sony Music Japan and Sony Global Education, this week issued an intriguing but rather vague press release announcing the development of “a rights management system for digital content that utilizes blockchain technology.”

According to the release, the new systems “is based on Sony and Sony Global Education’s previously developed system for authenticating, sharing, and rights management of educational data,” that Sony developed last year using IBM’s blockchain platform. The latest version, however, includes additional “features functionality (sic) for processing rights-related information.”

That last part appears to point to a system that could accommodate user-generated, or at least third-party content not created or owned by Sony, as the release kinda, sorta spells out: 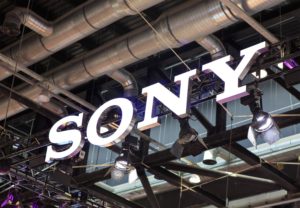 Today, advances in technologies for digital content creation allow anyone to broadcast and share content, but the rights management of that content is still carried out conventionally by industry organizations or the creators themselves, necessitating a more efficient way of managing and demonstrating ownership of copyright-related information for written works. This newly-developed system is specialized for managing rights-related information of written works, with features for demonstrating the date and time that electronic data was created, leveraging the properties of blockchains to record verifiable information in a difficult to falsify way, and identifying previously recorded works, allowing participants to share and verify when a piece of electronic data was created and by whom. In addition to the creation of electronic data, booting up this system will automatically verify the rights generation of a piece of written works, which has conventionally proven difficult.

The most intriguing part of the announcement, however, is Sony’s claim that the system, “lends itself to the rights management of various types of digital content including electronic textbooks and other educational content, music, films, VR content, and e-books.”

That suggests Sony could have big plans for the system, and indeed, the release states the company “is contemplating possible uses in a wide range of fields.”

Just how big those plans might be, however, is hard to tell from the announcement. The system is still in prototype, and according to the announcement, plans to commercialize it are still under discussion.

Sony wouldn’t be the first major media company to dabble in blockchain only to let it go, should nothing come of this week’s announcement. Disney developed its Dragonchain private blockchain platform back in 2015 and 2016, only to spin it off as an open-source project under the auspices of a non-profit foundation.

But the Sony release contains additional hints that blockchain is a genuine priority for the Japanese conglomerate.

“Sony Group is also considering innovative ways to make use of blockchain technology for information management and data distribution in a host of different fields,” the release said. “Through the technological development and commercialization of blockchains, including with this new system, Sony will continue exploring the possibilities that blockchain technology holds for Sony Group’s diverse and wide-ranging business domains.”

Earlier this year, Sony applied for two blockchain-related U.S. patents that may contain clues as to what sort of information management and data distribution applications it has in mind.

One filing, 20180218027, describes a new type of crypto-mining hardware that includes additional circuitry to compress the data that goes into a new block before adding it to the chain, reducing the storage requirements of the chain. Further, the blockchain supported by the new hardware would incorporate the compression processing into its proof-of-work consensus mechanism.

Each block could also consist of multiple sub-blocks “wherein a sub-block may include at least one of: transaction data, video data, image data, audio data, document data or the like.”

The other filing, 20180219686, describes a type of distributed ledger maintained in part by a number of “virtual nodes” that could continue to maintain the ledger “when the number of [physical] nodes is small, and consensus may be maintained when some devices go offline.”

Together, the filings could point to some sort of restricted, or perhaps permissioned, blockchain-based, peer-to-peer content distribution platform that could accommodate large data payloads by compressing them before adding the data to the chain.

Whether all of those threads ultimately tie together is unclear at this point. What is clear is that Sony is looking hard at potential blockchain use cases.