The European Union’s controversial Copyright Reform Directive took a major step toward becoming law across the continent Wednesday as the European Parliament’s Legal Affairs Committee voted narrowly to approve the measure. The vote establishes the Parliament’s official position on the proposed new rules ahead of final negotiations with the European Commission and the member states, although opponents of the measure on the committee could still force a vote by the full Parliament before those negotiations could begin. 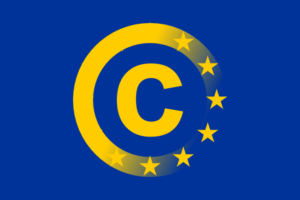 The proposal has been the object of intense lobbying over the past two years both by copyright owners and technology companies, particularly regarding the directive’s Article 13, Article 11, and Article 3.

Article 13 requires “online content sharing service provider[s]” to obtain a license for any copyrighted material uploaded by their users or face liability for copyright infringement. As a practical matter, critics of the measure argue, online platforms would be forced to implement sophisticated and expensive content recognition and filtering technologies, similar to YouTube’s Content ID system, as it would be impossible to obtain all of the licenses they might potentially need.

Supporters counter that the provision is tailored to target platforms such as YouTube and Facebook, whose business models are based in part on profiting directly from the presence of unlicensed copyright content, such as by selling advertising against it. Online services operating in a non-commercial capacity, “such as online encyclopaedia, and providers of online services where the content is uploaded with the authorisation of all concerned rightholders, such as educational or scientific repositories,” are exempt from the new requirements, as are services providing cloud-based hosting of content that is not made directly available to the public.

Article 11 creates a new neighboring right for news publishers that would require search engines and aggregators to obtain a license before displaying snippets of articles. Unlike similar “link tax” laws in Germany and Spain, which failed to boost the profits of publishers, the new rules would apply EU-wide, making it difficult for aggregators to circumvent them by obtaining the content from other countries.

Article 3 would put limits on the use of text and data-mining software where the content being mined is not owned or licensed by whoever is doing the mining (The Next Web has a useful summary of the arguments for and against the three provisions).

This week’s vote comes on the heels of the EU’s General Data Protection Regulation (GDPR) taking effect, which was similarly targeted at reigning in the power of major online platforms. Although GDPR rules legally apply only within the EU, their imposition has had a global effect since many non-EU based services collect data on and from EU citizens, forcing millions of websites around the world to retrofit their data collection and privacy policies or face exclusion from EU countries, making the EU the de facto global standard-setter for data collection and privacy practices (see our updated policy here).

The new Copyright Directive, if fully enacted, could have a similar global effect. The new EU rules could give impetus to investment in and development of more sophisticated content recognition technologies, as well as more efficient, automated systems for obtaining licenses and paying rights owners.

In addition to being a boon for rights-tech companies, the development and successful deployment of such technologies could give rights owners outside the EU much stronger grounds to argue that the means to effectively police user-uploaded content and obtain licenses are available and should be deployed globally.

That could shift the terms of the debates currently underway in the U.S. and elsewhere over the proper scope of the copyright safe harbors afforded online services and platforms.

The potential impact of the EU Copyright Reform Directive, as well as the Music Modernization and Copyright Alternative in Small-Claims Enforcement (CASE) acts in the U.S. will be among the topics of discussion at the RightsTech Summit on October 5th in New York. Click here for information on to register for the conference.