European Commission president Jean-Claude Junker this week named Bulgarian minister Mariya Gabriel as his candidate for Commissioner for the Digital Economy and Society responsible for overseeing the commission’s Digital Single Market initiative. Gabriel, whose appointment must still be approved by the European Parliament, would replace Günther Oettinger, who had overseen the DSM strategy since its launch in 2015 but was reassigned the budget portfolio earlier this year, and will report to Andrus Ansip, the commission vice president in overall charge of DSM. 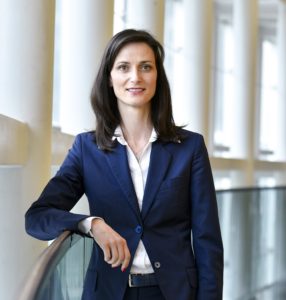 The appointment of Gabriel comes one week after the EC issued a mid-term review of the DSM strategy, in which it called for swift action by the European Parliament and member states to enact its various recommendations.

“The Commission has lived up to its promise and presented all main initiatives for building a Digital Single Market,” Ansip said in the review. “Now, the European Parliament and Member States need to adopt these proposals as soon as possible, for new jobs, business and innovation to take off across Europe.”

The DSM project has been a focus of controversy from the start, as telecom providers, technology companies and copyright owners have all raised objections to one or more of the commission’s 35 legislative proposals and policy initiatives. Agreement on those proposals among the commission, the European Parliament, and the Council for the European Union has been slow in coming. To date, agreement has been reached on only three:

Still pending are controversial proposals to harmonize local copyright regimes among the member states to facilitate EU-wide licensing and distribution of content; an end to geo-blocking that results in consumers paying different prices for digital goods in different EU territories; an update to the cable and satellite directive to facilitate cross-border access to TV and radio programming; an update to the rules regarding content distribution and advertising arrangements; and telecom reform, among others.

Gabriel is currently serving her second term as a member of the European Parliament, where she has focused primarily on visa matters and foreign affairs.

In an interview with Politico Europe Gabriel insisted that her lack of a technical background would not be a handicap in her new position.

Being a commissioner, she told the publication, was “primarily a political job, not a technical one,” adding she was looking forward to working on digital issues because “it’s a field that represents the future.”