With final negotiations underway among the European Parliament, Council and Commission over the European Union’s proposed Copyright Directive, and lobbying for and against it at a fevered pitch, Article 13 of the directive, which could force online service providers to actively screen content uploaded to their platforms for copyright infringing material, remains at the center of the debate. This week, however, cracks began to appear in once solid wall of support for the measure among major rights owners. 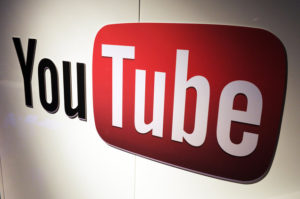 In a letter to the negotiating parties, the Motion Picture Association, representing the major studios, along with the Independent Film & Television Alliance, the Association of Commercial Television in Europe, and several major European sports leagues, took issue with changes being considered in the “trilogue” to the version of Article 13 passed by the European Parliament in September, claiming they would further cement the dominance of major online players such as YouTube, and asked that their content be excluded from provision should those changes be adopted.

“Recent proposals would undermine current case law of the Court of Justice of the European Union (CJEU) which already makes it clear that online content sharing service providers (OCSSPs) communicate to the public and are not eligible for the liability privilege of Article 14 E-Commerce Directive,” the organizations wrote. “Recall that the initial goal of Article 13 was to codify the existing case-law in a way that would enable right holders to
better control the exploitation of their content vis a vis certain OCSSPs which currently wrongfully claim they benefit from the liability privilege of Article 14 E-Commerce Directive. However, unfortunately, the Value Gap provision has mutated in such a way that it now strengthens even further the role of OCSSPs to the direct detriment of right holders and completely undermines the status quo in terms of the EU liability regime.”

The purported “mutations” appears to be a reference to a proposal by the Council of Europe, made up of representatives from EU member governments to adopt certain existing copyright filtering systems, such as YouTube’s Content ID, as the standard to meet for all online platforms, which would leave it to rights owners to identify their content and instances of infringing uses on the platforms, rather than shifting the burden of identifying and filtering infringing content to platform providers.

“Some of the options proposed for discussion at trilogue level indeed wrongfully undermine current law and weaken right holders’ exclusive rights by, among others: creating a new liability privilege for certain platforms that have taken specific steps to avoid the availability of infringing copyright content on their services (but have failed to do so effectively), and conditioning protection of copyright online on right holders bearing the full burden of identifying and notifying copyright infringing content to platforms,” the letter said. “These would constitute gifts to already powerful platforms, and would de facto constitute the only real change to the current status quo in legal terms, thus improving the position of platforms, but not of right holders.”

The groups’ complaints come even as YouTube has continued its ferocious lobbying against Article 13 altogether, claiming it could still compel the Google-owned platform to remove huge swathes of legal content for fear of liability.

The music industry, meanwhile, largely continues to support the measure, pushing back forcefully against YouTube’s claims.

In their letter, the TV and sports organizations suggest narrowing the scope of Article 13 to single out music and exclude other types of content.

“If…any new safe harbour/”mitigation of liability” would be part of a final trilogue agreement, we would respectfully urge you to disapply the entire value gap provision to our respective sectors,” the letter said. “This could simply be achieved by making Article 13 specific to musical works and phonograms, as was the case, for example, in Title III of the Collective-Rights-Management-Directive of 20145.”

One more negotiating session is scheduled, currently for December 14. A final vote on the directive is tentatively slated for mid-January.