Facebook is developing a system to automatically identify copyrighted works posted to its massive social network similar to YouTube’s Content ID system, according to a report in the Financial Times (here’s Billboard’s rewrite of the paywalled FT story). 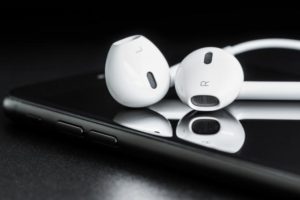 Word of the move comes just weeks after an op-ed by National Music Publishers Association head David Isrealite appeared in Billboard calling on Facebook to address a growing infringement problem on the network, particularly with respect to user-posted videos featuring cover versions of songs that were never properly licensed from the publisher.

“In a recent snapshot search of 33 of today’s top songs, NMPA identified 887 videos using those songs with over 619 million views, which amounts to an average of nearly 700,000 views per video,” Isrealite wrote. “In reality, the scope of the problem is likely much greater because, due to privacy settings on Facebook, it’s almost impossible to gauge the true scale.”

Up to now, Facebook has generally fallen back on the DMCA safe harbor to deal with copyrighted work posted without a license to its platform, removing infringing material when requested by a rights owner but not actively policing copyrighted content uploaded to its platform. According to Billboard, however, Facebook has begun discussions with the major record companies about licensing content directly, although those talks are apparently in the early stages.

Facebook actually rolled out a tool called Rights Manager last year to help rights owners keep their copyrighted works off the network, but that system was mainly designed to address the problem of video “freebooting,” in which Facebook users take videos from YouTube and other sources and post them to their walls, often generating millions of views without compensation to the rights owner.

According to this week’s published reports, the new system is aimed more at policing music use on the platform, and seems driven at least in part by Facebook’s desire to avoid the sort of sustained, naming-and-shaming campaign the music industry has mounted against YouTube over the so-called value gap.

What’s not clear from the published reports is what Facebook has in mind for what to do about the unlicensed content the new system identifies. But here’s hoping it doesn’t follow YouTube’s example too slavishly.

Facebook has an opportunity to offer rights owners a much richer environment to engage with music fans. If someone has gone to the trouble of covering your song and making a video of it, they’re probably a fan. And when they post it publicly on their Facebook wall you know exactly who they are. Even if the user shares the content only with his or her friends, Facebook knows who they are and it knows a lot about who their friends and other connections are.

More important, Facebook has the means to allow artists to engage directly with those fans and potential fans. Such engagement may have limited appeal to songwriters and publishers, but it could prove to be a boon to recording artists and labels by literally putting a face on their fans.

Even for songwriters and publishers, the type and volume of data Facebook’s new system could potentially yield on how, where, and how often their content is being consumed could be valuable.

In short, Facebook has a chance to bridge the value gap by offering rights owners more choices than simply take-down or hand-me-down monetization.