The fragmented and often opaque ownership of musical works and sound recordings has confounded industry participants and would-be licensees for decades. But according to a recent study by rights administration services provider Music Reports, Inc., the most decade has seen a rapid acceleration in that fragmentation, as new genres, new formats, and new distribution channels have spurred new modes of songwriting and opened new avenues for artists. We asked Music Report’s vice president and general counsel Bill Colitre to share his insights into what’s behind the recent spike in the complexity of music rights.

Music Reports recently performed an analysis of Billboard’s top 10 hits from the 1960s through to the present using the Songdex® database, and published a press release about the project. The analysis revealed a marked increase in the number of both composers and publishers involved in hit songs over time, especially since the 1990s.  Notably, the number of publishers associated with these hit songs increased faster than the number of composers, such that the average song now has about six publishers and four composers.

The release sparked some interesting discussion on various comment boards. Some commenters made note of often repeated anecdotes about ‘non-songwriters’ being granted songwriting credit undeservingly. Although there is undoubtedly truth to some of these anecdotes, there are also a number of more common explanations for the increase, many resulting from the evolution of popular music genres and business practices in the last three decades.

The 1990s, for example, saw at least two significant developments that contributed to the complexity of modern song credits. First, hip hop became a mainstream genre—one in which musical works often incorporated samples from earlier works.

The other important development in the ‘90s was a resurgence of pop, after two decades dominated by artists who largely performed their own works. 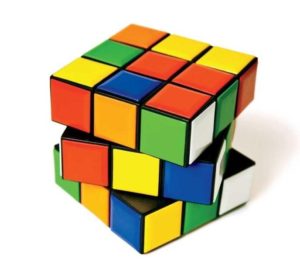 Pop music has a long and celebrated tradition of collaborative songwriting. But whereas in earlier eras it tended to be practiced by famous duos (from Gilbert & Sullivan down through Goffin & King), who tended to work for a single publisher, from the 1990s onward it has been practiced by an increasingly cross-pollinated group of professional songwriters working in various combinations, often with contributions from the superstar performing artists with whom they work regularly.

Moreover, regardless of genre, recent decades have also seen an increase in the prevalence of “co-publishing” agreements. In these arrangements, a songwriter may be represented by a large publishing administrator who owns a portion of the writer’s work, while the writer also owns a piece of her work through her own music publishing entity.

This second entity is typically also administered by, but legally separate from, the first publishing administrator, which manages both catalogs together. All of these entities add to the number of “publishers” who may be associated with a single song.

As if all of these horizontal sharing arrangements didn’t create enough fragmentation, the so-called “bundle of copyrights” is almost infinitely divisible by law, such that different territories may be managed by different publishers or “sub publishers” and different rights types may also have alternative administrative arrangements.

For example, print rights may be administered by one party, while performance rights are managed by another, and mechanical rights by a third. Just emerging now is an even narrower fragmentation of specific rights types.

In short, the music publishing business has evolved a truly phenomenal degree of complexity, and the reasons for this complexity are widely varied (some better than others).

It is easy to be frustrated by this Gordian Knot of a problem.  But while newer (and perhaps simpler) solutions are sought for future works, there is no responsible way to slice through the world’s great repertoire as it currently exists.

The efficient licensing of, and accounting for, the music being enjoyed by listeners today can only be accomplished by honoring the choices made by today’s rights owners through careful attention to the rights structures they have agreed among themselves.  At the same time, care must be taken to vet the reported claims of those rights owners, which sometimes conflict (and more often by mistake than from fraudulent intent).

As difficult as all this may be, happily there are already common sense solutions in the market.  Modern relational database systems like Songdex, curated by teams of dedicated musicologists and technologists, are able to manage all of the dimensions of complexity called for by this music industry, and do so at scale.

Rapidly ingesting direct, electronic feeds from every publisher able to deliver them, accepting any file format for letters of direction and related repertoire updates from those who cannot, and making available the world’s most effective online song registry and claiming system for unmatched sound recordings, Songdex is at the forefront of this effort.

As a comprehensive, neutral registry combined with a licensing transaction and payment settlement platform, Music Reports currently manages the task of tracking billions of transactions a day across more than a hundred million sound recordings embodying tens of millions of compositions, through the coordinated efforts of at least six organizational departments of humans, and a dozen supporting IT systems. As we often say here, it’s not the database, but the organization that meets the challenge.

To conclude, the modern profession of songwriting and the administration of musical composition rights are growing in complexity. There are more composers contributing to compositions (both together and across time, through sampling). Their publishers are creating new and more intricate methodologies for maximizing returns across an increasingly global marketplace that is adding wholly new channels of distribution almost every year.

One day the business may return to a less fragmented state through technology. Until then it should be no surprise that a complex business requires complex data management solutions.

Music Reports is a member of the RightsTech Project. Both Colitre and vice president of IT business development Michael Shanely are scheduled to speak at the RightsTech Summit on September 27th in New York. Click here for information on registration.

Earlier this month, blockchain solutions provider Tokenly introduced token.FM, a direct-to-fan blockchain-based music platform. Tokenly plans to launch an initial trial of the new platform in early May, along with an Series A fundraising round. The first artist to make her music available on token.FM is singer/songwriter Tatiana Moroz, who introduced the first blockchain-based artist token, Tatiana Coin, in 2014. We asked Tatiana to share her personal story of how she came to embrace blockchain and cryptocurrencies, and how she got involved with Tokenly.

By Tatiana Moroz
Entrepreneurship and managing your career can be a problem that many musicians struggle with. As an independent artist, I know I have. Upon graduation from Berklee, I felt prepared to make my way into the industry, especially with the advent of the DIY tools offered by the internet age. However, what I found was that even though we had taken some steps forward, there was a long way to go to true artistic autonomy. 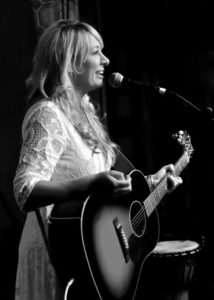 Still, I persevered. Finding my niche, I performed around the country doing political events. Yet I found the DC world to be divisive and fruitless and was quickly disillusioned.

There was a light at the end of the tunnel though, and a technology I fell in love with. I became involved with Bitcoin in 2012, and immersed myself in the space by 2013. In early 2014, I looked at how this technology could be adapted for artists.

By June 2014, with help from Adam B. Levine, host of Let’s Talk Bitcoin and now CEO of Tokenly, I created the first ever artist cryptocurrency Tatiana Coin. The goal was to create an artist specific, personally branded token that would function a bit like a collectible item, but also like a digital gift certificate.

These coins were like flexible rewards. You received a digital token that you could trade, rent, sell, and use at any time. If you wanted to send $5 worth of TC to your friends, there was nothing stopping you. It was also a great way to onboard people into the admittedly challenging cryptocurrency world.

After the initial launch, I put the funds we raised toward recording my new album, “Keep the Faith,” which I put out in March. While the recording part was easy, we wanted to use this technological model for others, and that was the tricky part. It was a little like having a car but without roads or a roadmap. So while I was speaking and singing at conferences and sharing my story, a team assembled under Adam’s leadership, and Tokenly and Token.fm were born.

One of the innovations we have created helps bring scarcity back to the digital space through the creation of tokenized albums. Traditionally, if you buy a record on iTunes, you can’t share it or resell it. However, tokenization of records allows for sharing, trading, and selling of digital music, which gives true ownership back to the fan. Artists can also set their licensing parameters, include their songwriting splits, and automate the sales of their music and merch for retail, commercial, and wholesale use.

Blockchain technology is not just for artists though. It is something the whole music industry should get behind. I have many colleagues who work in music businesses and are frustrated that, instead of helping artists reach their audiences and create meaningful connections, they get bogged down with a costly and time intensive administrative process. Blockchain could change all of that.

Crowdfunding artists via blockchain would allow record-label resources to be focused on growth rather than publishing administration and tracking payments. It would also take pressure off the labels and allow them be more risky and experimental with the acts they sign.

With Adam and the Tokenly team, we are now working toward becoming protocol agnostic. It was important to me that artists have control, and not get locked into another platform. That’s the beauty of crypto though, once someone has your coin, you are forever bound together (till they get rid of the coin anyway), regardless of the platform. So, while we don’t know which blockchain will be the winner, we’ve created an ecosystem where artists can thrive as entrepreneurs and build stronger bonds with their audience.

I think that’s what’s so compelling about Bitcoin and blockchain: the ability to retain control over what is yours, and at the same time, be truly linked to anyone in the world with an internet connection. It is less likely to be corrupted by the touch of man, as math is unyielding in its dependability. It’s more secure, it’s censorship resistant, and more transparent.  I hope that it also allows for more freedom and diversity in music messages.

When artists supported by their fans, and are able to reflect the place they come from, they can offer a real and genuine experience, and that leads to better art. On a personal note, I hope that more liberty in creativity will push our world toward a more peaceful direction.

Tatiana Moroz is an independent singer-songwriter and Founder/CEO of CryptoMediaHub. Her latest album, “Keep the Faith” is available for download from Tokenly and iTunes, and can be streamed from Soundcloud.