Many a fortune has been built on the internet, but we all know the internet’s real purpose is to share funny cat videos. So it’s perhaps no surprise that the latest iteration of a digital network — blockchain — is also being overrun with kitties. 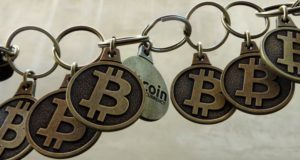 Apart from trading Bitcoin, just about the hottest application running on a blockchain at the moment is CryptoKitties, discrete bits of digital art featuring cartoon felines that can be bought, sold, traded and even interbred with other CryptoKitties to create new, “genetically” unique pussycats. By one estimate, traffic in CryptoKitties is currently taking up 13 percent of the Ethereum networks capacity., making the application the single biggest user of that blockchain.

Apart from the internet’s natural affinity for cats the appeal of CryptoKitties lies in their collectibility. Each CryptoKitty cartoon is generated from a unique digital “genome” and is visually distinct. The application then generates a cryptographic hash of the unique image that is then registered to the Ethereum blockchain. The images therefore cannot be reproduced or forged.

Whether CryptoKitties turn out to be a passing fad, or not, they’re helping popularize the concept of blockchain-based collectible digital assets — a notion pioneered by serious-art blockchain registries like Monegraph and Ascribe. Similar efforts include Rare Pepe cards featuring the alt-right’s adopted mascot, Pepe the Frog, and Cryptopunks.

Now, digital collectibles are moving beyond the world of visual arts into music and other media sectors. Earlier this year, artist-management services provider Boogie Shack Music Group teamed with music blockchain developer Tao Network to create a new type of licensed artist merchandise in the form of blockchain-based digital tokens.

Tokens will be offered in limited editions via “initial artist offerings,” with 50 percent of the proceeds going to the artist. The tokens can be exchanged for fiat currency or Bitcoin, but since each token is cryptographically unique they can also be collected, traded, or used as currency within an artist-centric “engagement” economy, according to Tao Network founder and CEO Bryce Weiner.

“You think about a band like The Grateful Dead and there’s a whole ecosystem of collectibles among their fans,” Weiner said. “That’s an ecosystem that could be monetized with digital tokens. As the tokens increase in value it becomes like a new royalty stream for the artist. It’s an example of another right that could be monetized with blockchain.”

Tao and Boogie Shack plan to launch a token exchange to be called AltMarket in early 2018. Artists initially on board for the launch include the estate of the Wu Tang Clan’s  Ol’ Dirty Bastard, and Digital Underground, with more expected to be announced soon.

Weiner will be speaking a panel in the RightsTech track at the Digital Entertainment World conference in Los Angeles on February 5-6. For information on how to register for the conference click here. 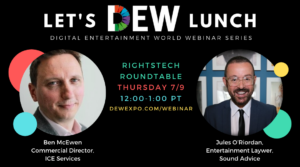